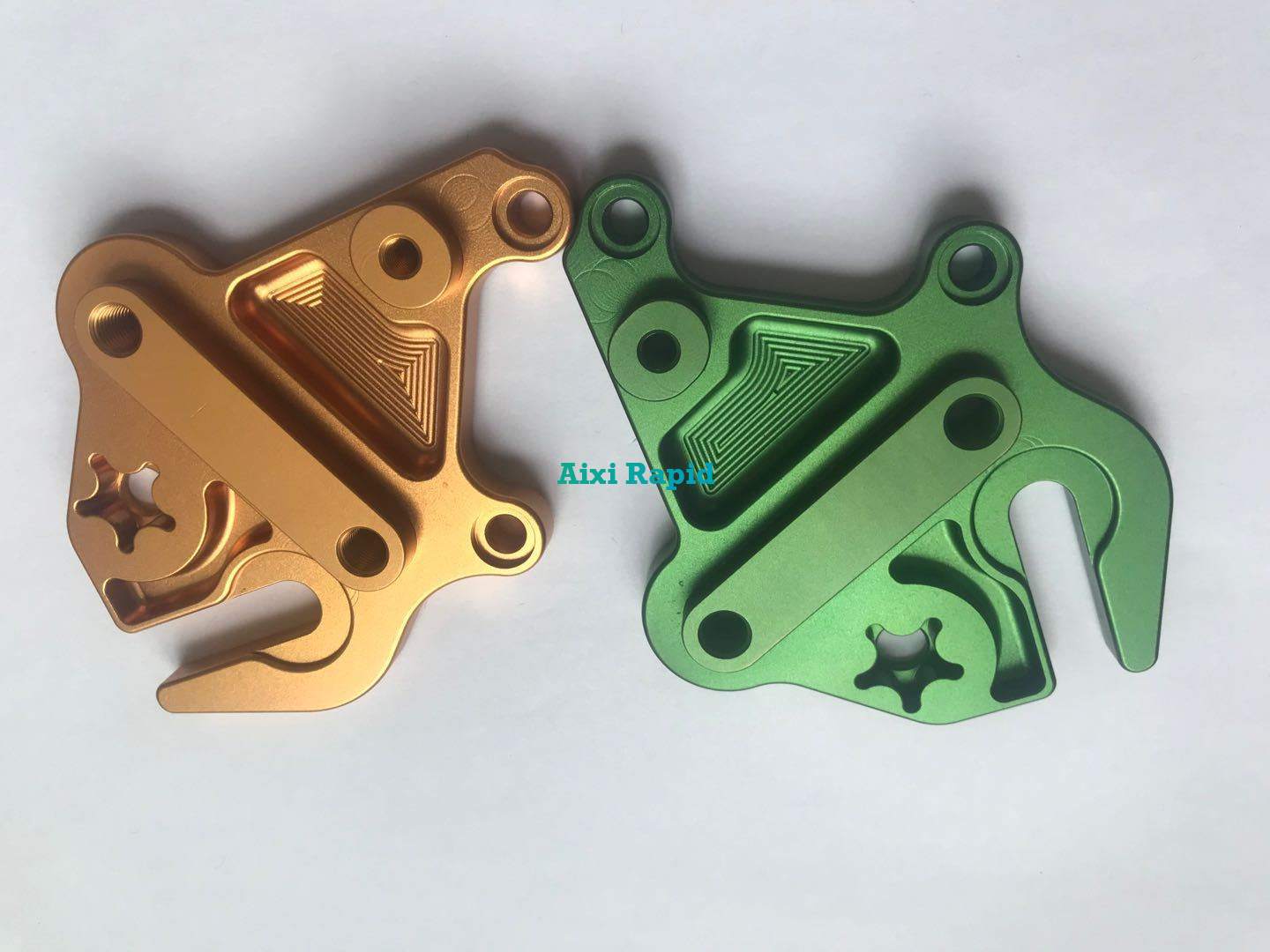 ★ The concept of anodization: the process of forming an oxide film on aluminum products (anodes) under the corresponding electrolyte and specific process conditions under the action of an applied current. If anodization is not specified, , Usually refers to sulfuric acid anodizing

☆ Other functions in development

★ The chemical conversion coating of aluminum alloy is obtained by chemical oxidation, please refer to the US military standard MIL-C-5541.

★ Why do we need chemical conversion film treatment of aluminum alloy?

☆ can play a role in stabilizing contact with electricity. (Once a customer's product required conductive oxidation, its purpose is to stabilize the contact resistance and conductivity)

☆ The conversion film is thin (about 0.5 ~ 4um), soft, conductive, porous, and has good adsorption ability. It is usually used as the bottom layer of paint or other coatings.

☆ Does not change the mechanical properties of the material.

☆ The equipment is simple, easy to operate and cheap.

☆ Does not affect workpiece size.

The chemical conversion film on the surface of aluminum alloy is thinner about 0.5 ~ 4um. The conversion film is a gel and it is difficult to measure directly. Usually, the weight of the workpiece before and after chemical oxidation is measured, or the surface color and salt spray test are used to judge the oxidation Corrosion resistance of the film.

3. The difference between anodic oxidation and conductive oxidation

1). Anodizing is carried out under the condition of high voltage. It is an electrochemical reaction process; conductive oxidation (also called chemical oxidation) does not need to be energized. It only needs to be immersed in a potion. It is A pure chemical reaction.

2). Anodizing takes a long time, often tens of minutes, while conductive oxidation only takes a few tens of seconds.

3). The film produced by anodization has several micrometers to several tens of micrometers, and it is hard and wear-resistant, while the film produced by conductive oxidation is only about 0.01-0.15 micrometers. Abrasion resistance is not very good, but it can conduct electricity and resist atmospheric corrosion, which is its advantage.

4). The oxide film is originally non-conductive, but because the film formed by conductive oxidation is really thin, it is conductive.

Aluminium is extremely unstable in the air, and it is easy to form an oxide film that is difficult to recognize with the naked eye. Due to the different casting processes of aluminum parts processing, either directly cut from the rolled sheet, or mechanical fine processing, or heat treatment or welding after forming by different processes, etc., through the above different processing processes , The surface of the workpiece will leave different states, different degrees of dirt or traces, in the pre-treatment process must be based on the actual situation of the workpiece surface to choose the pre-treatment process.

Matters needing attention in the pre-treatment process of fine-processed parts: Although the natural oxide film on the surface of the fine-processed parts has just formed and is easy to remove, it is delicate and heavy, especially in and around the perforations (due to lubrication needs during machining (Added), this kind of workpiece must be cleaned with organic solvents first. If it is washed directly with alkali, it will not only be greasy and difficult to remove, but also the finely processed surface will not withstand strong alkali corrosion for a long time. As a result, it will also affect the roughness of the workpiece surface and Coordination of tolerances becomes waste.

Issues that need to be paid attention to in the pre-treatment process of casted parts: not all surfaces of the casted parts are machined, and the unmachined surface is left with an excessively thick oxide layer formed during the casting process, and some also have a sand layer In general, the original oxide film on this part is removed by machining or sand blasting method, or it is processed after alkali washing. Only in this way can the original oxide layer of the unprocessed part be removed and the tolerance of the machined part can be avoided. Changes in size.

Matters needing attention in the pre-treatment process of the workpiece after heat treatment or welding process: According to the process requirements, the workpiece must be cleaned with organic solvents before the heat treatment or welding process is transferred to remove the surface oil, but this is generally not possible at present, so A layer of oily sintered coke is formed on the surface of the workpiece. This layer of coke is difficult to remove in organic solvents. If it is immersed in alkaline solution, it will cause local corrosion, pitting or unevenness, which will seriously affect product quality. This layer of coke is softened by soaking with concentrated nitric acid. After the coke is softened, it can be completely removed by washing it slightly in lye.