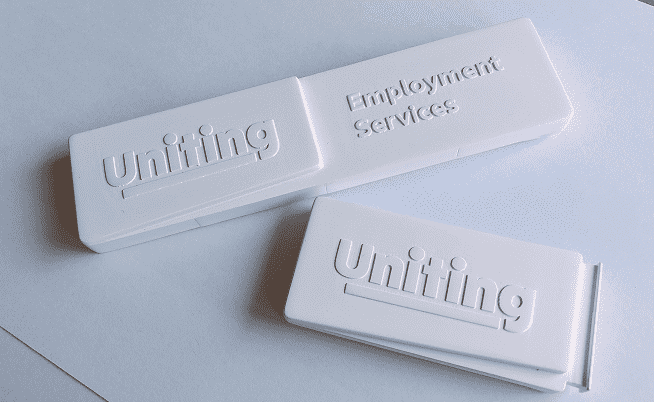 In recent years, 3D printing technology has achieved certain results in the printing of pharmaceutical preparations, among which tablets, sustained-controlled release preparations and drug transport have become research hotspots. In August 2015, the first 3D printed drug Spritam (Levetiracetam) instant tablet designed by Aprecia was approved by the FDA for marketing. The drug is based on the ZipDose 3D printing technology platform developed by its company. The levetiracetam instant tablets prepared with ZipDose technology are porous and diffuse in water much more than traditional tablets, and only require a small sip of water. It can be dissolved.

The basic principle of 3D printing solid preparations is melt extrusion and deposition molding, but not all molten raw materials are suitable for pharmaceutical preparations. The extruded consumables in 3D printed pharmaceutical preparations must be harmless to humans or easily excreted by humans, so the requirements for materials are relatively high. Common ones are copovidone VA64 and AffinisolTM15 mixture, hydroxypropyl methyl cellulose, polycaprolactone, ethylene-vinyl acetate copolymer (EVA) and polyvinyl alcohol (PVA).

Copovidone is a water-soluble polymer resin, a white powder, odorless and tasteless, soluble in water, ethanol and anhydrous alcohols and other non-polar solvents, has good adhesion, film formation, and Has good surface activity. Some scholars used copovidone VA64 and AffinisolTM15, polyvinyl alcohol-polyethylene glycol copolymer and other different polymers and drugs for hot melt extrusion to prepare materials for printing. The results showed that copovidone VA64 and AffinisolTM15 Carrying out 1:1 mixing is a suitable polymer system for 3D printing and rapid drug release.

Hydroxypropyl methyl cellulose (HPMC) is safe and non-toxic, and is often used as an auxiliary material in the process of pharmaceutical preparations. Using hydroxypropyl methylcellulose as the main auxiliary material, Soluplus and the main drug are mixed, melt extruded, and consumables for printing drugs are prepared and printed into controlled release tablets, which have a smooth surface and a compact structure.

Polycaprolactone is a new type of resin with good biocompatibility and biodegradability. Now it is mostly used for controlled release drug carrier and medical surgical suture. Using polycaprolactone as the main polymer compound to prepare 3D printed tablets containing polymer nanocapsules, it was found that the combination of nanotechnology and 3D printing technology can combine the advantages together, using personalized manufacturing methods to customize drug release and dosage, And the use of nano-scale to control the rate of drug release.

Ethylene-vinyl acetate copolymer (EVA) is a new environmentally friendly plastic foam material, non-toxic. EVA with different specifications is used as the main auxiliary material to add the main drug for hot melt extrusion, and the extruded wire is subjected to scanning electron microscopy (SEM), infrared spectroscopy (IR), differential scanning calorimetry (DSC), X-ray diffraction (PXRD ), in vitro drug release and other methods to analyze and study the crystal form and release rate of API in extruded materials and printed solid preparations. It was found that the resulting drug was more easily released from the surface of the fiber, forming spores in its outer area.

Polyvinyl alcohol (PVA) is a high-molecular organic substance. It is non-toxic to humans, has no side effects, and has good biocompatibility. In the study of pharmaceutical preparations, water-soluble gels for eyes can be prepared. Its water-based gel is widely used in ophthalmology, wound dressings and artificial joints. At the same time, the polyvinyl alcohol film is also used in medicinal films and artificial kidney membranes. The fiber containing budesonide was successfully prepared using HME (Hot Melt Extrusion), and the load of budesonide in the fiber was much higher than that achieved by alcohol solution compatibilization. TGA analysis and DSC data confirmed that budesonide did not degrade during HME.

Compared with the application of 3D printing technology in drug synthesis, commercial 3D printers and existing software are more suitable for the preparation of pharmaceutical preparations, especially tablets and sustained-release preparations. Compared with the traditional preparation method, the preparation of medicines using 3D printing technology has the following significant advantages: ① fast forming speed; ② can achieve precise forming of various materials and local fine control; ③ no waste of raw materials; ④ production is more accurate. The combination of pharmaceutical technology and 3D printing technology is expected to achieve "on-the-go sales" of drugs on demand. In the future, doctors can issue digital prescriptions for patients according to the diagnosis, and simplify the prescription information into a barcode. Patients can print the medicine through a 3D printer with the barcode of the prescription information, and finally take the medicine for treatment. The use of 3D printers to prepare medicines can achieve the on-demand preparation of medicines, which makes the production of medicines more precise, and is expected to reduce or even eliminate the medicine inventory, thereby solving the problem of medicine storage.

New drug research and development can reflect the economic and technological strength of the national pharmaceutical industry, and its research status directly affects the survival and development of the national pharmaceutical industry. In the research and development of new drugs, due to the difference between animal models and human tissues, many clinical trials of drugs at late stages have failed. To address this problem, some researchers have adopted in vitro construction of complex tissues closer to the body and the use of tissue models for New drug screening and drug experiment to solve. However, it is very difficult to construct a living organ tissue model using traditional methods. With the development of science and technology, 3D printing technology can be used to print out living organs, such as liver and blood vessels, etc. The living organs printed by 3D printing technology should be used for new drug screening and Drug experiments will help promote the creation of new drugs and provide new methods for the development of new drugs.

According to the "holistic concept" of TCM and the theory of "differentiation and treatment", Chinese medicine practitioners will consider the patient's condition and constitution in the course of disease treatment, while traditional Chinese medicine decoctions, tablets, powders, granules and other dosage forms exist decoction , Inconvenient to carry, poor taste, patients taking large doses, loss of active ingredients such as volatile oil and uncontrollable drug dissolution rate, etc., to a certain extent, limit the modernization of traditional Chinese medicine. 3D printing can be digitally designed according to the prescription of traditional Chinese medicine, so as to make the prescription dose precise, improve the stability of the volatile oil in the preparation, better control the release rate of active ingredients in the body, meet the needs of different patients, and play a better effect.

The application of 3D printing technology in the preparation process of traditional Chinese medicine preparations can solve the problem that traditional preparations need to add a large amount of auxiliary materials, granulation, drying, pressurization, spheronization and other processes, and can realize the individualized administration of traditional Chinese medicines; adopt 3D printing technology The processed valuable medicinal materials can be printed into a suitable three-dimensional shape according to the designed three-dimensional graphics according to the dosage requirements, which is expected to solve the problem that it is not easy to use valuable medicinal materials in divided doses; the Chinese medicine volatile oil is packaged in the 3D printing nozzle, According to the set program and three-dimensional graphics, it is directly printed on the center of the tablet, which can reduce the volatilization of the drug, increase the stability of the drug, and ensure the therapeutic effect.

3D printed pharmaceuticals and traditional pharmaceuticals are complementary, and the two are complementary. On the one hand, traditional medicine has gradually matured after a long period of practice, and it has unique advantages in industrialization and scale. On the other hand, as an emerging technology, 3D printing can realize the precise shaping of various materials and local fine control. It has more precise characteristics and can play an unparalleled effect on traditional medicine in some special treatments. However, the application of 3D printing technology in pharmacy is still in its infancy and still faces many problems. However, I believe that with the unremitting efforts of scientific researchers, these problems will be solved. The combination of 3D printing technology and pharmacy will become a new trend in future development, and the popularity of 3D printing medicines is just around the corner.