What are the reasons for the blockage of punching and punching in the mold process? 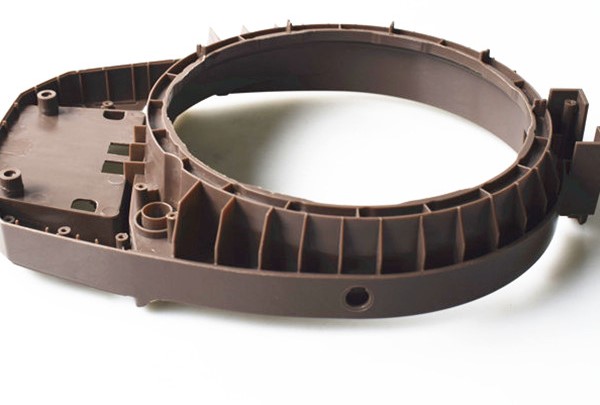 In the production of the mold process, punching and punching are divided into high speed and slow speed. Generally, under slow conditions, the finishing area of the effective cutting edge can be reduced to improve work efficiency, but it is not the same under high speed environment. In particular, when the stamping material is thin and soft, the larger the size of the stepped hollow of the die is, the easier the blockage of the punching hole will be.

When the high-speed punching object is a soft material or a magnetic adsorption material, if the size of the blanking step hole of the punching die is larger, the lateral friction resistance is more likely to be induced, and eventually the blanking hole is blocked. When stamping low-melting soft thin materials such as copper and aluminum, high-speed stamping will cause high-speed separation and rapid stacking of punching waste, which will fuse together on the punching surface, and the punching waste will no longer appear piece by piece. It can be separated, but discharged in a state of melting into a strip. When the cutting edge is designed with an air-perforated stepped hole, the strip waste that is not constrained by the effective cutting edge wall has a bending space in the enlarged stepped hole. The bending is induced by the friction coefficient around the cutting edge wall. The different friction coefficients are caused by the uneven processing of the punch die cavity, the uneven finish around the edge wall of the die, and other problems. When the curved head of the strip waste contacts the wall of the enlarged stepped hole, The side frictional resistance will cause the strip-shaped waste material to distort and deform laterally, further leading to the upset deformation of the strip-shaped waste material in the stepped hole, until the entire blanking hole is filled.

Of course, the full-blade die form will increase the difficulty of the die processing, make the preparation process more complicated, and require higher precision for the assembly of the die. However, if the scheme of the die edge is wrongly selected, when the punching and blanking hole is blocked and then changed to the full edge, the loss of a large number of parts such as the die may be more costly. Therefore, high-speed stamping should carefully consider the form of the die edge. Of course, in order to reduce the processing difficulty of the full edge hole of the die, you can also use the design of the steel ball in the punch die, whether it is the overall die form or the concave. The form of die block is convenient for the production and processing of standard parts with full cutting edge for the punching die steel ball, which is convenient for the assembly and debugging of the die. The concave mold adopts the structure form inlaid with steel balls, which will also bring the convenience of processing technology to the future mold maintenance.