Introduction to the difference between extrusion and stamping 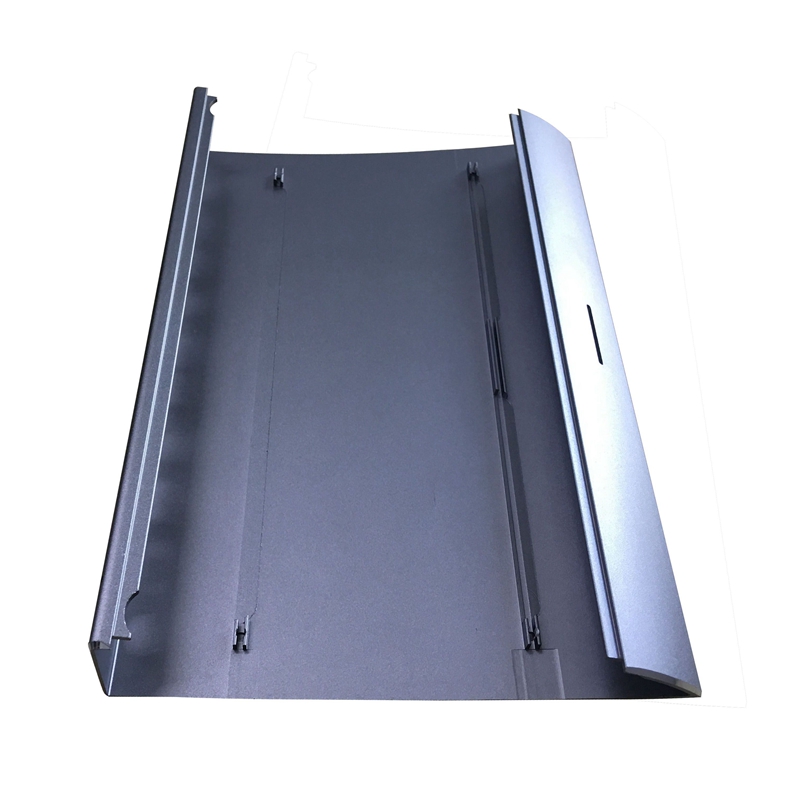 Lubrication and surface treatment In order to reduce the extrusion force and the wear rate of the mold, and to prevent the hot bonding of the metal blank with the mold surface, good lubrication must be used during extrusion. In order to prevent the lubricating grease from being squeezed out under high pressure, the surface of the billet must be subjected to friction reduction and lubrication treatment. The commonly used method is: first perform phosphating to form a rough and porous phosphate surface layer, and then coat the surface layer with soap material (such as zinc stearate, sodium stearate) and fill the pores. During extrusion, the phosphating layer continuously releases the soap material and plays an effective lubrication role. Warm extrusion and hot extrusion are not suitable for phosphating-saponifying lubrication due to the high temperature. Generally, they are lubricated by oils such as glass powder (melting at high temperature), molybdenum disulfide, and graphite.

Extrusion force Extrusion force is the main factor that determines the die strength and the nominal pressure of the extruder. The magnitude of the pressing force is related to the pressing area of the punch, the mechanical properties of the blank at the extrusion temperature, the degree of deformation, the shape of the mold, and the lubrication effect. When cold extruding hard aluminum, copper and other materials, the extrusion force per unit area is generally below 1000 N / cm2; when cold extruding carbon steel and alloy steel, it is generally above 1000 N / cm2, and the height can reach 2500. ~ 3000 N / cm2. Because the pressing force per unit area is very large, most of the concave dies that bear the expansion stress use two or three layers of prestressed structures to improve their strength and stiffness, and make the wear occur only in the inner layer, which is conducive to the repair of the mold (only Replace the inner layer of the die).

Mold life Longer mold life is an important factor to reduce the cost of extrusion processing. Due to the longitudinal crack of the die or the wear of the forming cavity and cavity, the size and shape error of the extruded part may exceed the allowable value. The former can be avoided through correct design and manufacturing; the latter is slowed down by the correct choice of mold materials and their heat treatment and surface treatment processes, the correct determination of extrusion processes and lubrication, and other measures to extend their service life.

Development Since the second half of the 20th century, a hydrostatic extrusion process has appeared. Static extrusion uses normal extrusion at normal temperature. The billet is extruded from the cavity by the longitudinal and peripheral static pressure of the injected high-pressure liquid in the die. The friction coefficient of the hydrostatic liquid friction generated between the surrounding of the billet and the wall of the extrusion cylinder is extremely low. The lateral compressive stress ratio in the deformation zone of the billet is increased under general extrusion conditions, and the resistance to extrusion deformation is reduced, making the billet plastic. Further improve. High-strength steel, titanium alloy, zirconium alloy, nickel-based alloy and other high-strength low-plasticity metal materials can be formed by static extrusion without cracks. However, the problem of high-pressure sealing needs to be improved, and static pressure extrusion is still in the further research stage.

Loss caused by slight bending when the fiber is squeezed.

Stamping is a production technology that uses the power of conventional or special stamping equipment to directly deform the sheet in the mold and deform it to obtain a certain shape, size and performance of product parts. Sheet metal, die and equipment are the three elements of stamping. Stamping is a method of cold deformation of metal. Therefore, it is called cold stamping or sheet stamping, which is called stamping for short. It is one of the main methods for metal plastic processing (or pressure processing) and also belongs to material forming engineering technology.

的 The die used for stamping is called stamping die, or die for short. Die is a special tool for batch processing of materials (metal or non-metal) into required punching parts. Stamping dies are very important in stamping. Without suitable dies, batch stamping production is difficult to carry out; stamping process cannot be realized. The stamping process and die, stamping equipment and stamping materials constitute the three elements of stamping processing. Only when they are combined with each other can stamping parts be obtained.

Compared with other methods of mechanical processing and plastic processing, stamping has many unique advantages in both technical and economic aspects. The main performance is as follows.

(1) The stamping process has high production efficiency, convenient operation, and easy realization of mechanization and automation. This is because punching depends on the die and punching equipment to complete the processing. The stroke times of ordinary presses can reach dozens of times per minute, and the high-speed pressure can reach hundreds or even thousands of times per minute. May get a punch.

(2) Since the die guarantees the size and shape accuracy of the stamped part during stamping, and generally does not damage the surface quality of the stamped part, and the life of the die is generally long, the stamping quality is stable, the interchangeability is good, and it is "identical to the same" Characteristics.

(3) Stamping can process parts with a wide range of sizes and complex shapes, such as stopwatches for watches and clocks, sidecars and cover parts for automobiles, plus the cold deformation hardening effect of materials during stamping, the strength of stamping and the The stiffness is high.

(4) Stamping generally does not generate chippings and scraps, consumes less material, and does not require other heating equipment. Therefore, it is a material-saving and energy-saving processing method, and the cost of stamping parts is low.

Because stamping has such advantages, stamping processing is widely used in various fields of the national economy. For example, there are stamping processes in the aerospace, aviation, military, machinery, agricultural machinery, electronics, information, railway, post and telecommunications, transportation, chemical, medical equipment, household appliances and light industries. Not only is it used throughout the industry, but everyone is in direct contact with stamping products. There are many large, medium and small stamped parts on airplanes, trains, cars, and tractors. The body, frame, and rim of the car are stamped. According to relevant surveys and statistics, 80% of bicycles, sewing machines, and watches are stamped parts; 90% of televisions, tape recorders, and cameras are stamped parts; there are food metal tanks, steel boilers, enamel bowls, and stainless steel tableware All are stamping products using molds; even the hardware of the computer cannot lack stamping parts.

However, the molds used for stamping are generally specialized, and sometimes a complex part requires several sets of molds to be processed and formed, and the mold manufacturing has high precision and high technical requirements, and is a technology-intensive product. Therefore, only in the case of large production batches of stamping parts, the advantages of stamping processing can be fully reflected, so as to obtain better economic benefits.

Of course, there are some problems and disadvantages in stamping. It is mainly manifested in two kinds of pollution, noise and vibration, and safety accidents of operators occur from time to time. However, these problems are not entirely caused by the stamping process and the mold itself, but mainly caused by traditional stamping equipment and backward manual operations. With the advancement of science and technology, especially the development of computer technology, with the advancement of mechatronics technology, these problems will definitely be solved as soon as possible.