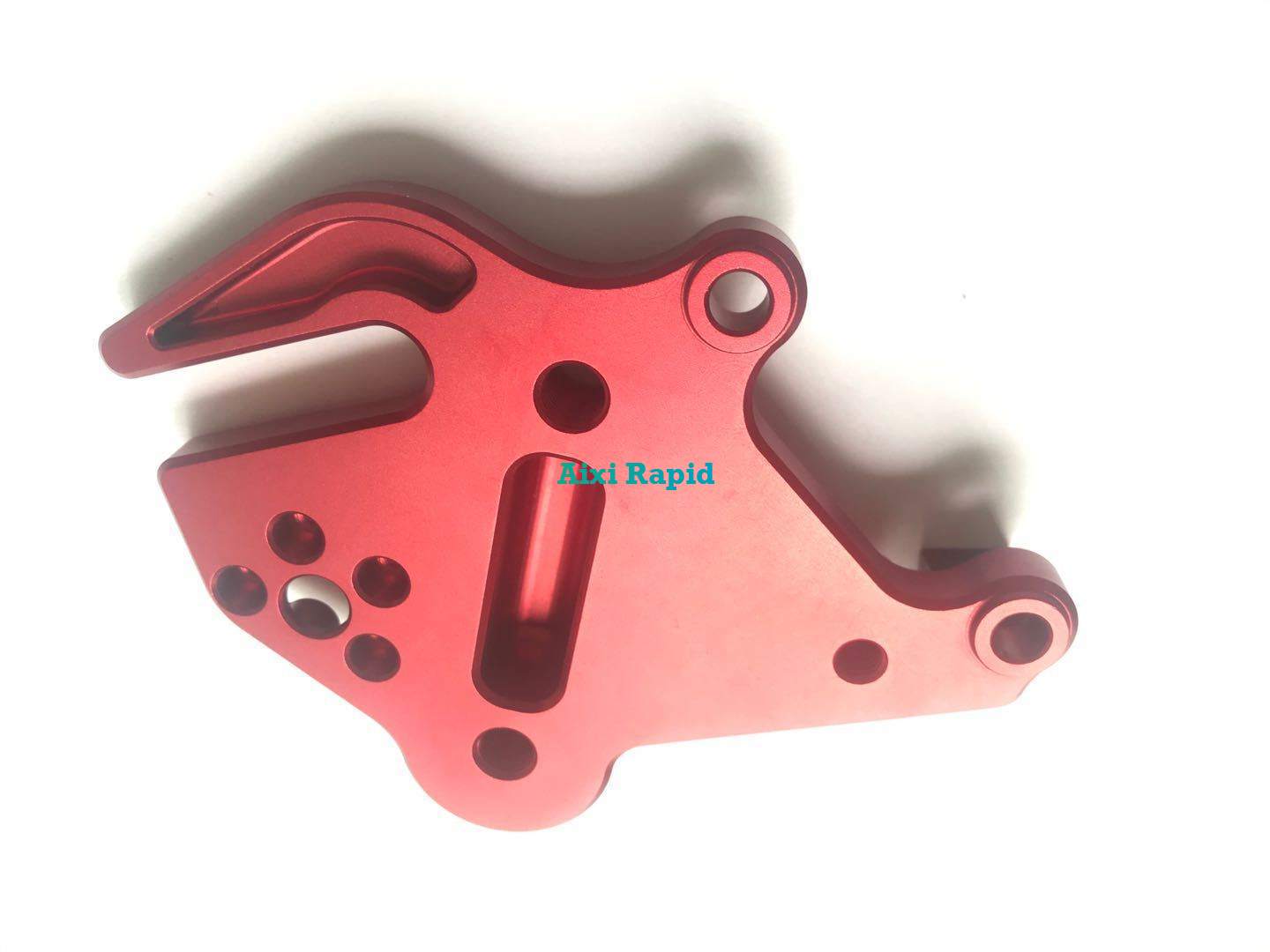 The formation mechanism of the hard oxide film is the same as that of ordinary sulfuric acid anodizing, but in order to obtain a thick and hard film layer, an electrolyte of about 0 degrees Celsius and a high voltage and high current method are required to make the film formation rate much faster Due to the dissolution rate, the structure of the film changes, which constitutes a new feature of the hard oxide film growth process.

The hard oxide film is also a double-layer structure. The difference is that the thickness of the barrier layer is 10 times larger than that of the ordinary oxide film, and the hole wall is the same. This is one of the basic reasons for high hardness. However, the porosity is 7-8 times less than that of ordinary oxide films. Only 2% to 6%, the dura mater group interferes with each other chaotically, and a special prism shape appears. As a result, the stress in the film is large, and even cracking is caused, and alloying elements and electrolytic decomposition products remain in the film wall. Causes the dark color of the oxide film and the color of the alloy composition is different. The alloy composition and impurities have a greater impact on hard oxidation, which affects the uniformity and integrity of the oxide film, aluminum copper, aluminum silicon. Aluminum hard alloy, it is more difficult for hard oxidation.

3. Wear resistance: With Taber Abraser CS-17 1000g load, the wear resistance of hardened aluminum alloy is much better than hard chrome plating and other hardened steels.

4． Precise dimensions: The thickness of the film layer is generally 50 ± 5μm, and the size of one side of the component is increased by about 25μm. For the finer tolerances and special thickness requirements, please specify on the drawing.

9. Heat resistance: The melting point of the film reaches 2050 degrees C, which can protect the aluminum material from damage in high temperature for a short time.

10. Low friction coefficient: After polishing the surface, the friction control coefficient can be as low as 0.095, so all kinds of ordnance and civilian equipment slide rails use this technology.

11. Bonding force of the oxide film: The form of the hard oxide film is that half of the film grows in the inside of the aluminum, and the bonding force with the aluminum base metal is very strong. It is difficult to separate them mechanically, even if the film The substrate is bent until it breaks, and the film layer and the substrate metal still maintain a good bond.

1.All edges and corners on the product should be inverted into arcs with a diameter of not less than 0.5mm, and no acute angles or burrs are allowed to avoid local overheating, brittleness and fracture caused by current concentration.

2.It is not required to protect the thick film parts with perchloroethylene glue, etc.The screw holes and positioning pin holes are blocked with plastic or rubber.

4. The oxide film is firmly bonded to the substrate, but the film layer is brittle and increases and increases with thickness, so it should not be used for parts that withstand impact, bending or deformation. A hard film that reaches a certain thickness will greatly reduce the fatigue strength of aluminum alloys, especially high-strength aluminum alloys. Therefore, it is necessary to be very careful when performing hard oxidation on parts subjected to fatigue loads.